from Mid August to end September roughly is typhoon season, these tropical storms are formed in the Pacific ocean and head towards the Philippines or Hong Kong before curving, that means they are at full strength when they reach Okinawa or Kyushu and move towards the north in a curve, at worst, they reach Tokyo as tropical rain

Last year, 2018 though and this year, the pattern varies and we just had a typhoon that make landfall in the Shizuoka area, just south of Tokyo, that means the typhoon hit Tokyo still a category 4 storm. This Monday 9th september, from 3.30am, loud speakers around the city were instructing us to stay safe at home. trains and planes were not operating and schools opened from 10.00am.

My building was cracking under the strong wind from 3.30 to 8.30 then suddenly all was clear, the sky cleared, we could see a very clear Mount Fuji and the sunset was amazing

Today, the day after, Narita is in chaos as many flights were cancelled, 14000 people stranded, trains damaged, many delays, it will take a while to get things back on track 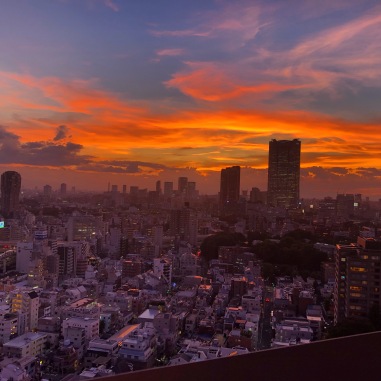 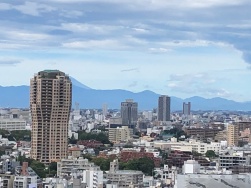 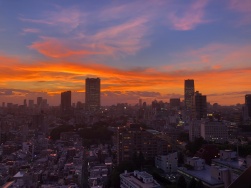 luckily, this is Japan, there are damages and 3 people died but the structure is so good that trains were able to start operating 1 hour after the typhoon. there were massive queues, and still are but this is nothing if you compare with other countries, think of Puerto Rico last year or even New Orleans years ago, still not 100% back. Japan is admirable